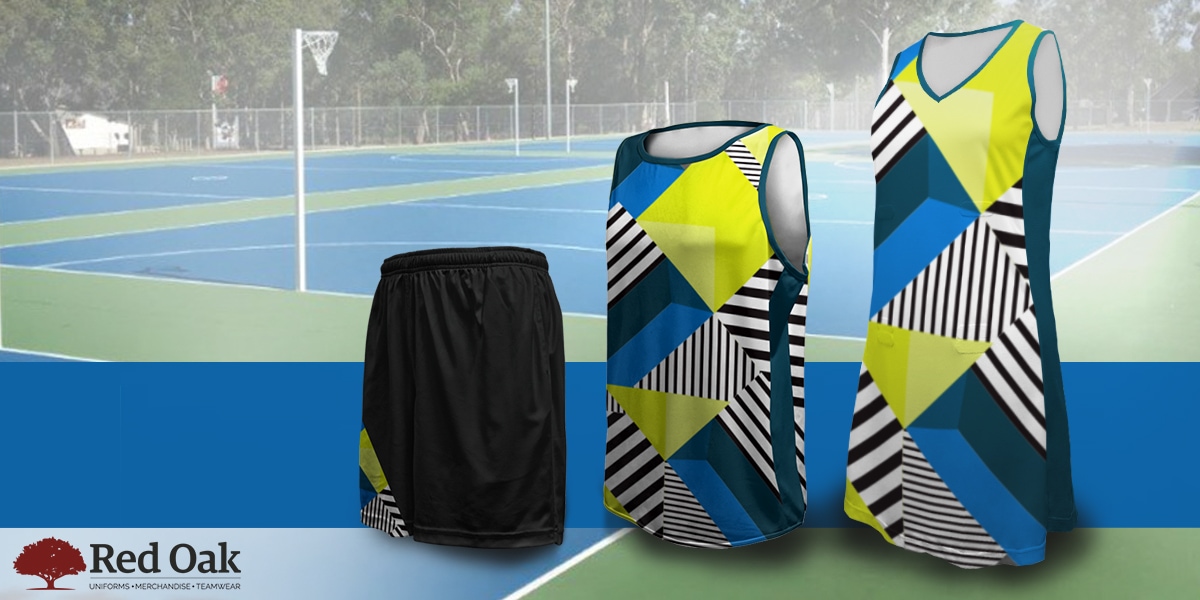 At Red Oak Teamwear we prioritise the comfort and preferences of players, which is why we are proud to offer unisex netball uniforms.

Netball is becoming increasingly popular for boys and many clubs are finding it important to ensure they have inclusive uniform options that keep their club looking cohesive.

So, whether your players are male or female, we have a range of everything from dresses to shirts and singlets that will help them play like a pro.

If your players aren’t a fan of the traditional netball dresses, we have a huge range of different styles available.

Choose from skorts, skirts, shorts or tights that can all be 100% sublimation printed in matching colours.

We guarantee that with this printing method, colours and designs can be made identical – so there’s no need to worry the team won’t look cohesive or that someone will look out of place.

We have recently helped several netball clubs develop matching uniforms for new male players that have joined, or for special themed carnivals.

Take a look at some of the other clubs we’ve helped already.

Riverlife Baptist Church Netball Club had several male players join recently and wanted to offer a unisex netball uniform. They chose shorts and a singlet with Velcro strips to attach the netball bibs to. We matched the singlet design to the dresses they already had.

Susan, the organiser, loved the final design and that the male players felt included.

In 2020, the Murrumbeena Netball Club’s bylaws will allow players to have the option of a singlet and shorts uniform and there are also many boys joining the club.

The club has chosen the Unisex Singlet option, which has a round neck rather than a V neck. We have also matched the uniform option and its colours to the dress design, so all players will still look like they’re part of the same team.

Female players who are more comfortable in a singlet and shorts will have this option available to them as well, and we hope it will attract more players to the club.

If you’d like to join these clubs in making netball inclusive and comfortable for all players, we can help make it happen.

Red Oak Teamwear is Australia’s leading supplier of custom sportswear and accessories. We offer a personalised service and take the time to listen to and understand your needs. We use premium materials and only partner with the world’s best suppliers.

5 Reasons Your Corporate Running Teamwear Should Be Sublimation Printed
March 10, 2020